Posted on March 5, 2021 by waughuspolitics 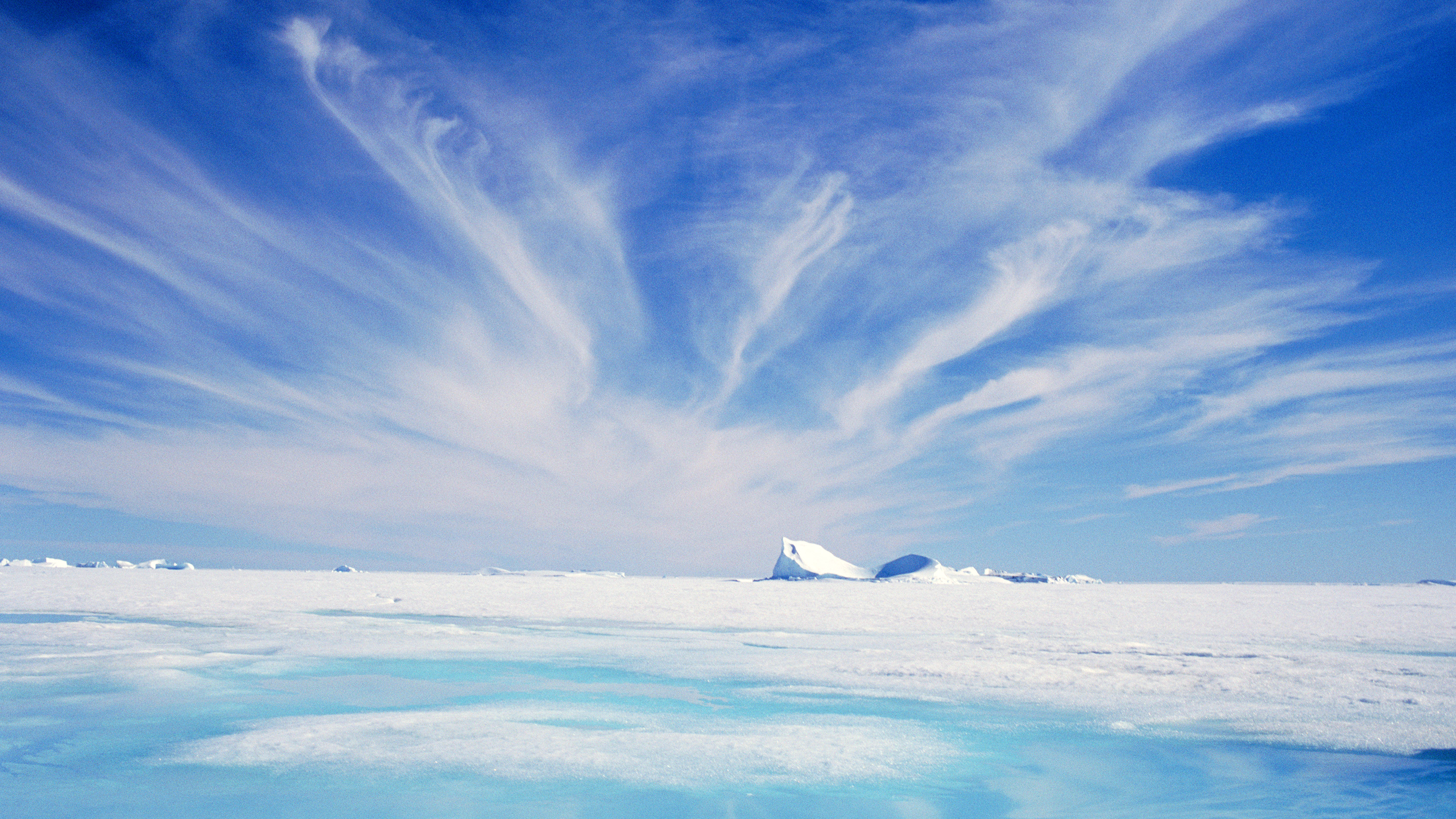 Ed Snowden talking along the lines of _Permanent Record_

Posted on February 23, 2021 by waughuspolitics

Ten minutes, with many ads.

The Boogaloo “Bois” Have Guns, Criminal Records and Military Training. Now They Want to Overthrow the Government. — ProPublica

Posted on February 15, 2021 by waughuspolitics

Posted on February 14, 2021 by waughuspolitics

The topics of single-winner and multiwinner elections merit separate discussions.

For legislatures, multiwinner elections with Proportional Representation (PR) would make a very democratic representation. And some systems for achieving PR use ranking ballots. So, there are some uses and contexts for which I do not necessarily condemn ranked-choice voting (RCV). I judge it pretty OK for the multiwinner case.

To make single-winner elections anywhere near democratic, to honor the spirit of “one person, one vote”, or to give any chance to candidates not having big-money support or fame, or to resist the spoiler effect and vote splitting strongly enough, it is necessary to enact evaluative voting. Three evaluative systems are Approval Voting, Score Voting, and STAR Voting. None of these uses ranking ballots. The single-winner case of RCV is called IRV, instant runoff voting. IRV, even under its new marketing name RCV, is a dangerous siren song that holds up a false solution and distracts activists from real solutions for the single-winner arena. Whether they know it or not, IRV advocates are working very effectively in support of continued oligarchy, the predictable consequence of which is omnicide.

Posted on January 17, 2021 by waughuspolitics

Oh, and by the way, humankind is at serious risk of extinction from methane release from the Arctic.

Movement For Democracy In The US Divided and Conquered

Posted on January 10, 2021 by waughuspolitics

The movement for voting-system reform (or revolution) is tragically divided into two camps. One camp says, give us what we want in the single-winner case, that is the most important thing, and we won’t show any solidarity about seating legislators. The other camp is the other way around. They say, we will concentrate on optimizing voting for legislative seats, and we will throw the single-winner case under the bus.

Moreover, at least one of these camps (and probably the other one as well) has placed its outreach process in the hands of paid staffers. These experience a conflict of interest between the nominal purposes of the movement and continuing to make a living off the movement.

[Hub copy of the above screed is at https://1787regime.wordpress.com/2021/01/10/movement-for-democracy-divided-and-conquered/]

[ Posted on other antisocial media at:

I used to propose at this web address, a single-winner voting system with multiple rounds of tallying. I no longer feel comfortable with that proposal, so I have withdrawn it.

The spirit of “one person, one vote” includes that the votes should have equal weight. Range Voting (also known as Score Voting), including the simple version, Approval Voting, provide this equality of weight.

Most people have bank accounts. Accounting is a mathematical process that is well understood and taught under strict standards. It involves adding and subtracting, and keeping a balance, among other details. But a bank account is an example of how math is sometimes used to control or exercise power. This use contrasts with math used to gain understanding (as in for example scientific theories), and math for its own sake (“pure math”). The money in your bank account is interpreted by society as a token of power. Say for example you are a painter and I employ you to paint my walls. If I weren’t willing to hand you that token, that $30/hr. or however much it is, you would not bother to paint my walls. You would use your precious time some other way. But because I am willing to hand you a token, you do something you would otherwise not want to do. Therefore, because I have money to spend, I have exercised power over you. I have ordered you to do something you do not want to do, and you have obeyed, as though I were king. And we only know how much money you have because of the math in your bank account. If the math were done wrong, say every deduction were doubled, then you would be cheated out of some of the power that you are rightfully entitled to. So, math, when it is used to figure power, can matter a lot. Voting is the same way. If you and I have the legal right to vote in an election, we deserve to have equal power to each other. If the math is set up in certain ways, the voting system violates our right to equality. This is what choose-one plurality voting does. I think that IRV does as well. Several systems (mathematical procedures, like accounting is a mathematical procedure), have been described that would arguably, at least in certain ways that are easy to test for, honor your right and mine to equality. So no, this is not the same as politicians treating people as robots or pawns or mathematical objects. It is the use of math like in your bank account, which can be right or wrong. And in the case of voting, the right or wrong is a matter of degree, not just X is absolutely right and Y is absolutely wrong. Different systems can be argued to have different advantages. But the current system is one of the worst and works very much against democratic republicanism and for the kleptocracy.

A Practical Proposal for Converting the US to a Democratic Republic

I propose that those of us who are fed up:

Appendix I — Blurbs for Microblogging

DNC/RNC and the officeholders in gov’t who adhere to the major parties do not care whether families survive; they work as part of an automaton, capital itself. The people who live in the US need regime change https://wp.me/p23U97-il

Yet another reason the people who live in the US need to change their regime. https://wp.me/p23U97-il

The only (faint) hope for survival of American families (and those of the rest of the world) is for the Americans to DEFEAT the two-party system once and for all. https://wp.me/p23U97-il Trump and Hillary are no choice, and Trump and Biden are no choice. Are you going to eat another turd sandwich in 2024, assuming you live that long? Or are you going to do something so that moral people don’t get eliminated from running from the outset?

I believe there are two kinds of American who are planning to vote Republican. The first kind is the kind who thinks the Republican incumbent is doing a great job and you truly support his work in office. For you, there is no problem with the current system, and you are not the audience I am trying to reach with this writing.

The second kind of American who is planning to vote Republican is the kind who doesn’t feel much support for the Republican candidate, but who thinks that the “Democratic” candidate is just too evil to bear.

I understand how you feel. The current political system in the US puts you in a bind. It is a system of blackmail, where the lesser evil seems to be the best choice available. Everyone knows that voting third-party is a waste of your precious choose-one vote, and so is sitting out the election.

I can understand that no matter what idealistic claptrap some people spout, you know that at least this time around, you must vote against the greater evil. After all, the record of that “Democratic” candidate is just outrageous, and he appears to be getting senile as well.

But after this election, are you going to put up with this same pattern, election after election? A choice between Trump and HRC, then a choice between Trump and Biden, and who knows next time, maybe a Hitler and a Mussolini? Has it ever occurred to you that a future is possible without lesser evilism and without political blackmail? Yes, give in to the blackmail  this election, but how about going on after that to create a future free from this evil?

I propose that those of us who are fed up:

Our goal? Real choice in elections and real people power instead of kleptocracy.

Some Americans truly support the Republican candidate. For you, there is nothing wrong with the system.

But some only plan to vote Republican because you consider the Republican the lesser evil. I definitely heard from people of that opinion when HRC was running for POTUS.

I can understand that no matter what idealistic claptrap you hear, you know that at least this time around, you must vote against the greater evil. The record of that “Democratic” candidate is just too much to bear.

But are you going to put up with this same pattern throughout the political future, election after election? Why not do something about it? https://wp.me/p23U97-id